Usually the saying is that it’s the first thing of whatever you’re attempting to do that is the hardest.  The first step is the hardest, or the first million dollars (tell me about it), or even your first love.  Well, I’m here to say that when you’re doing a no spend month, the first week is NOT the hardest — it’s the LAST week that can really kick your butt!

The Man and I were tempted and tried this past week, let me tell you.  And we did fail a time or two.  This tightfisted stuff is wearying over time, and we lost a little of our mojo.  Nothing too terrible, thank goodness.  Lessons learned, and all that.  But more on that further down. 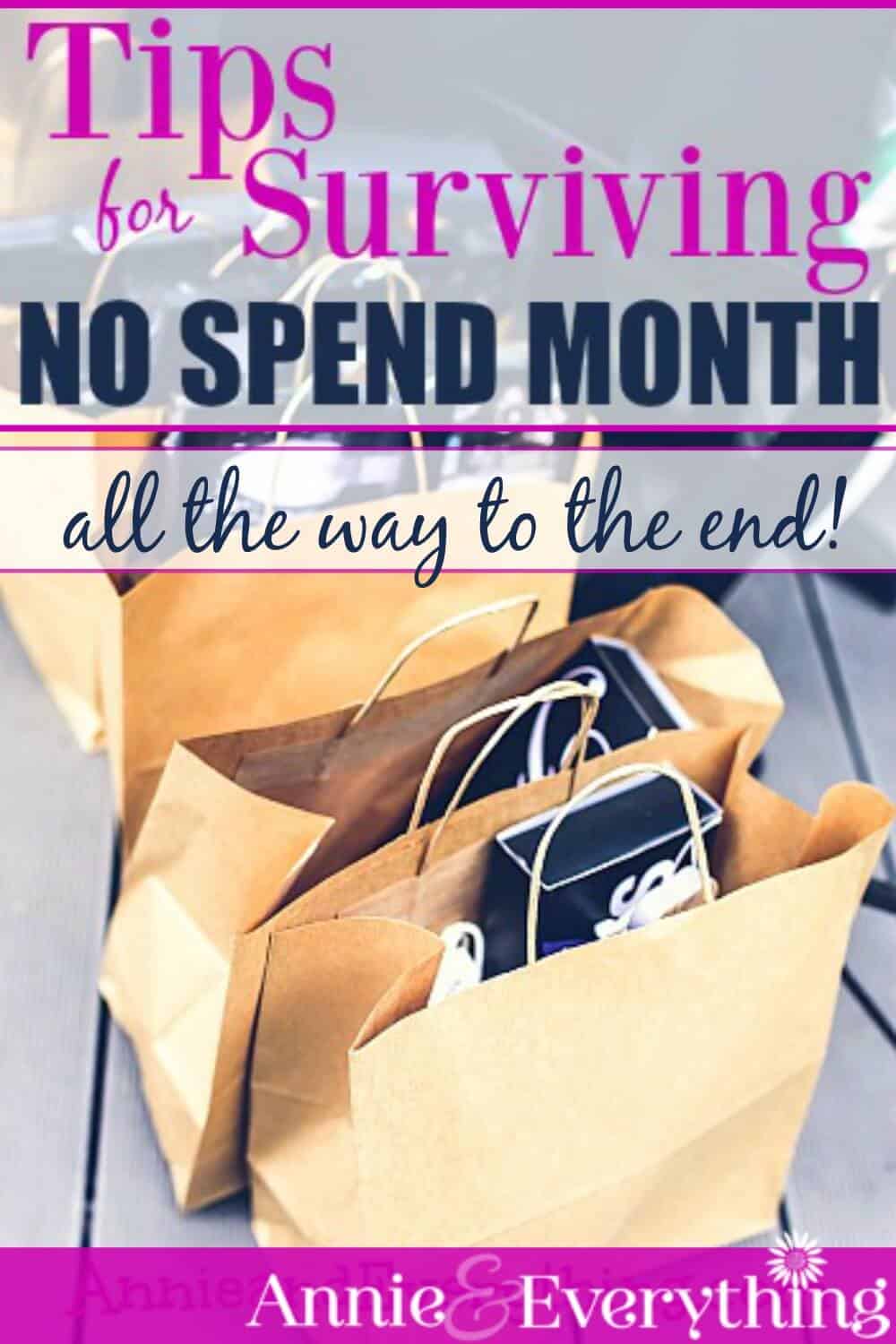 On the whole, though, I think we can count this no spend month a success. Here’s why:  we did NOT spend every penny that came in this month!  Which also means we did not spend MORE than came in this month — which to be honest, has been our usual M.O., as we have been known to “borrow” from future paychecks to overspend in the present.  WE ACTUALLY HAVE MONEY LEFT OVER, Y’ALL.

Here’s a summary of the most pertinent transactions:

For groceries and gasoline, we tried to use the cash envelope method.  That way we would be less tempted to overspend, because when the cash is gone, you “can’t” spend any more.  Guess what?  You can.  It’s called a debit card.  In reality, it is SO HARD to take the time to run into the gas station with cash every time, especially when you are in a hurry or the weather is bad.  And as for groceries, there are times when the hubby has to pick up something at the store and he doesn’t have any cash, since it is kept in MY purse.

Unexpected IMMEDIATE NEEDS that had to be dealt with:

Books for school: $38.54
Hubby work stuff: $40
Fee to obtain official document: $34
New work pants for son (who discovered a hole in the knee ON THE WAY TO WORK): $15.54
Shipping cost for stuff a college girl left behind after break: $10.15
Automated subscription payment for online service that I completely forgot about: $30

Conclusion:  BEHIND by $168.23 — This is worse than I was hoping for but not TOO horrible for a first-time no spend month, I think.  We do have to figure out how to prepare for the inevitable unplanned expenditures.  I don’t know about you, but they happen to us EVERY month.

We had set aside $300 to be used for auto maintenance, because each of the cars needs something done at some point.  We used $100 of this.  Conclusion:  AHEAD by $200.

We received an unexpected windfall from The Man’s elderly aunt which we DID NOT SPEND.  Conclusion: AHEAD by $200.

This past week we gave into one of our biggest spending leaks — needing to eat while out of the house.  TWICE.  I am anxious to find a solution for this.  You can only plan ahead so much; sometimes the hunger just hits you and you can’t move forward without sustenance.  Conclusion: BEHIND by $29.52.  But this is SO MUCH BETTER than every other month thus far that I’m actually fairly ecstatic, lol.

AND, some of that fast food was paid for with the compensation I was given this month for substitute teaching for three different days at Classical Conversations (one of those days happened before Christmas, and one isn’t until next week, but hey, I’ll take it :-) ).  But, since our commitment was for no unbudgeted spending at all, I’m going to leave the fast food total the way it is and record the subbing income as: AHEAD by $180.  (If you’re really picky we can change the fast food to $12.44 and reduce the subbing pay to $167.56, but it will come out the same in the end.  I want to leave it the way it is, though, because I want to show how much we SPENT that we shouldn’t have.  Which for fast food was $29.52.  Capiche?)

Another no-no I did this past week was that I gave into the impulse purchase of another book.  You might remember I did that at the beginning of the month.  That one was only 99 cents; this time it was $7.51. Um, yea. Conclusion: BEHIND by $8.50.

(I included the -$1.38 from the groceries just for you exact types.  Don’t want to be accused of cheating, lol.)

This may not seem like a lot of money to get excited about, but for me it is.  We have almost NEVER come out ahead before.  Like I said, we are usually using money out of reserves to cover current spending, which means that when the auto insurance bill comes due there’s nothing left in there.  This month we did not touch ANY of the money that was set aside for long-range bills and Christmas.  We also made a hefty credit card payment.  Sometimes when we do that at the beginning of the month, we fall short at the end of the month — but NOT THIS TIME!!  In addition, we cash-flowed the trip to take the girls back to school (10 hours each way and a hotel night), and we now have an emergency fund.  I AM THRILLED.

One thing I am not unaware of, for you sharp ones out there, is that if the beloved Auntie had not sent money, we would only have been ahead by $97.98.  Which seems like pretty small potatoes.  All I can say about that is that it would still be an improvement for us, lol.  And the fact that we did not immediately spend the windfall is also a big change of behavior… just bein’ transparent here… :-)

Tips for surviving a no spend month TO THE END!

These are in addition to all the information and pointers I’ve given in the previous posts this month.  If you have not read them, I would strongly advise doing so before starting your own no spend month.

1) Both spouses have to buy into it.  Pun intended, haha.  This was the first time The Man really came on board, which is a HUGE reason why it hasn’t worked in the past and did this time.

2) THE WISH LIST TRULY IS A MUST.  I neglected to use it towards the end of the month; hence my impulse book buy.

3) Set up a secondary emergency fund.  This one would be MUCH smaller than your regular emergency fund and would be for unforeseen expenses that are not TRUE emergencies but still can’t wait until next month.  I’m thinking around $200 max.  I’m thinking this might be a good habit to add to the list of things we are going to do every month from now on.

4) Over-budget for groceries and gas.  Don’t take the entire amount out in cash; that way when you use the debit card, you’re not going into the red.  If you’re really careful to record each purchase as it happens so that you always know how much is left, you can forego the cash thing altogether… but I don’t recommend it.  Another option would be that when you use the debit card, you take that much cash back out of the envelope and deposit it back into the bank… but that’s just too complicated for me.

5) Have a specific goal for what you will do with the leftover money at the end.  That keeps you motivated to save as much as you can.  The Man and I did not do this, and I think that’s one reason why this last week was so hard.  We had nothing to shoot for except a vague “don’t spend.”

So, overall I am pleased with the results of our first no spend month.  I’m thinking that if we do these regularly, maybe once per quarter, that it would be a way to gradually get to the point of living off of last month’s income, which remains a goal of mine.

If you’ve enjoyed learning the results from our no spend month, I think you’ll like these articles, too! 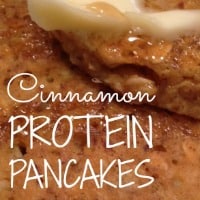 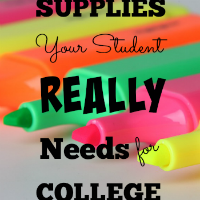 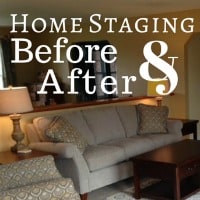 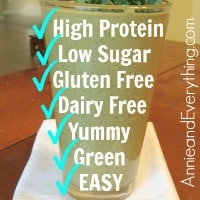