My husband and I have been trying to use the cash envelope system in our budgeting process for quite some time now. Unfortunately we mostly fail, either because I neglect to ever get the cash out of the bank, or because I don’t have any place to put it once I’ve got it. 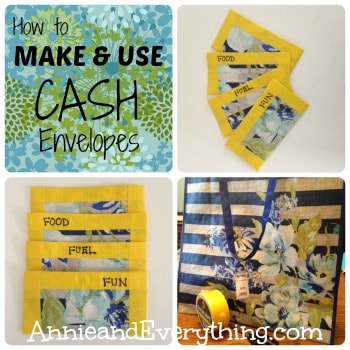 Well, last night I solved the latter of those difficulties. I made some cute and durable cash envelopes out of a TJ Maxx bag. I love how they turned out, and it will be fun to carry and use them as I go about my daily business.

[UPDATE 7-31-15:  I LOVE using these envelopes!  They fit nicely into my purse.  A few weeks ago I discovered that the fourth one is a perfect place to keep receipts, coupons, my shopping list — and whatever other papers I want to keep handy that I don’t want floating around my purse.  I would say this Pinterest project has been a success! :-)]

The cash envelope system is a budgeting method that lots of people swear by.  The premise is that you determine a dollar amount for each category in your budget and then get cash out of the bank equal to that amount.  Each category has its own envelope, and when you have spent the money for that category and the cash is gone, then you stop spending and suck it up until the next payday.  The hubby and I have no problem with the first part, the spending.  It’s the sucking it up part that seems to elude us… but again, my theory is that part of the problem has been that there haven’t been any decent cash envelopes to use.  (Does it sound like I am rationalizing?  Um, yea, I’ve got nothin’ to say to that…)

ANYWAY, I’m hoping that having these designated cash envelopes (that are also extremely cute — let’s face it, we women like our stuff to be pretty) will be the catalyst I need to really put this system into play. And since today is payday, it’s a perfect day to get to the bank and get out the cash I need for our three cash categories: Food, Fuel, and Fun.

Food is obvious – all groceries and anything else you would buy at the ol’ W-Mart Supercenter. (Although now I do most of my food shopping at Aldi, W-Mart is much closer and is where I do my in-between-big-shopping-trip forays.) Fuel means gas for all the cars. And Fun is for restaurants and other entertainment, as well as spontaneous purchases that have nothing to do with food or fuel.

Our problem is that we will tend to overspend in all of one or two of these categories without a concrete visualization of exactly how much we have to spend. Putting the budgeted amount of cash in each envelope provides that concreteness, because when it’s gone, it’s gone. Then the tricky part is to live with the decisions you’ve made – not just how much you put in there to start with but how you spent it along the way – and have the self-control not to pull out the debit card and keep cha-ching-ing.

But, since my current long-term financial goal is to get us to the point of living on last month’s income, overspending is a big no-no right now. I’m hoping these cash envelopes will keep us on track to complete that goal as quickly as possible.

To make the envelopes, I followed these instructions by Victoria on Snail Pace Transformations. I love her blog. She writes about “achieving success inch by inch in finances, homemaking, and time mangagement.” I’m sort of an “inch by inch” person myself, so much of what she says resonates with me.

If you choose to make the envelopes for yourself, I would add the following notes to her instructions:

1) When you cut the side seams, you are basically just cutting off the binding and the entire side panel(s) of the bag. You can cut down both of one side’s seams at once by holding them together, then cut along the bottom to remove the panel completely. 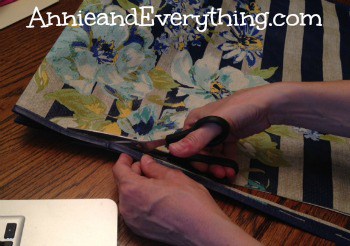 2) I ended up ignoring her sizing/layout instructions and just made squares that were 6.5 inches x 6.5 inches. There are any number of ways you can do this; you just want to make sure to maximize where the design is on the bag. I forgot about that part until it was almost too late.  Also, although you can make eight envelopes from one bag, I only made four. 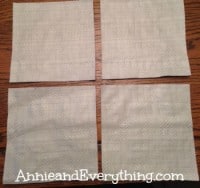 3) I saw no reason to cut the duct tape off the top of the envelope. I just folded mine over and cut off the ends. To me that makes the whole thing more durable and the edges smoother to work with when I am sticking my fingers into the envelope to get at that cash. 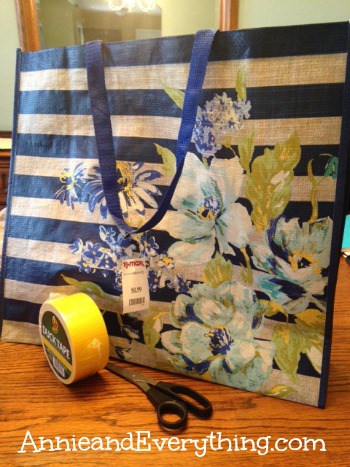 4) This project appealed to me at first because of how cute they look and also because of the frugality of her supplies. I think using a 99-cent TJ Maxx bag is a stroke of genius!! But after purchasing the duct tape, I realized that it would not be as cheap as I had initially thought. Have you bought that stuff lately? Geesh!! If I had had duct tape lying around the house and didn’t care about the matchingness of it, this project would have been VERY cheap. But I didn’t, and I do, so now I have a roll of yellow duct tape with nothing else to do with it.

If you consider just the cost of only the amount of duct tape used in the project, then they are still very cheap – but to me it’s sorta like making a recipe that has that one single costly ingredient that you use about 2 teaspoons of, and then you have it sitting on your shelf forever until it goes bad and you throw it out. (I do NOT like to do that, and I will NOT post recipes like that on this blog!) However, to purchase pre-made cash envelopes would still cost a bit more than the total amount I spent to make this project, and duct tape is probably more useful than a rare recipe ingredient, even if it is yellow. So I’m still pleased. Just warning you that it’s not UBER cheap to get the cutest look for these. 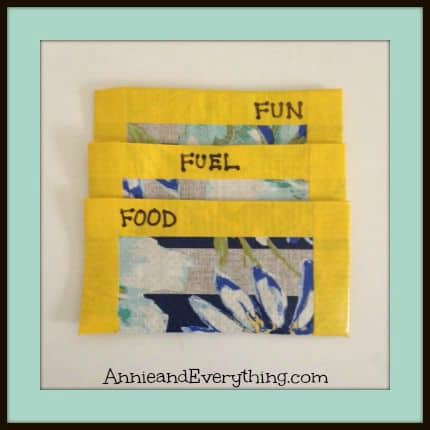 5) Working with duct tape is not always the easiest thing, because it is very sticky. And I did not have a good pair of scissors, so cutting it was a putzy task. The project itself was not difficult, but I do recommend finding something to watch or listen to while you do it, just to distract from the frustration level inherent in wrangling duct tape into submission. I watched Salmon Fishing in the Yemen as I worked. What a neat movie! It has a little bit of language (including one F, unfortunately; but my older daughters assure me that if it had more than one it could no longer be rated PG-13 – how do they know this stuff??) and two or three somewhat steamy scenes, but I enjoyed the plot, actors, and scenery quite a bit. Definitely two thumbs up from this reviewer. :-)

I am excited to start using my new cash envelopes to put our budgeting decisions into practice!  Have you tried the cash envelope system?  Any advice for the rest of us?? :-) 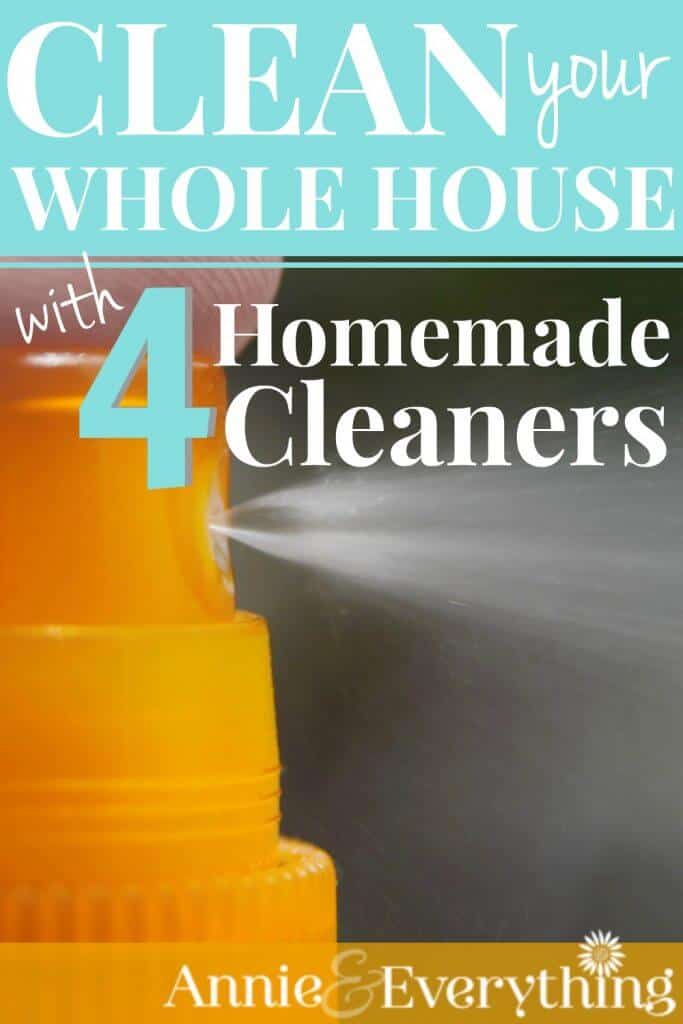 Let’s make this whole house cleaning thing simple, shall we?  When it comes to homemade cleaners, there are DOZENS of recipes out there.  The ones…