We would all like to increase our income as time goes on, wouldn’t we?  But sometimes that doesn’t happen; in fact, sometimes the process goes in reverse, and we actually need to start living with LESS.  It might be a job loss or change, or recent medical procedures that must be paid for, or some other unforeseen event, but we need to make less money stretch just as far as before. 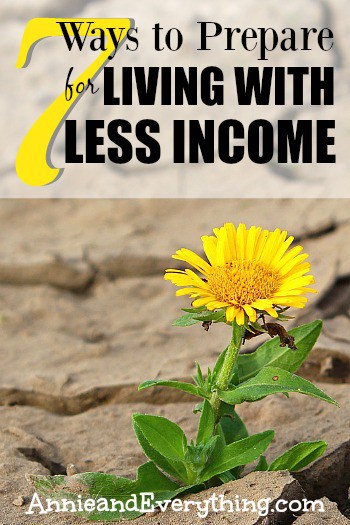 The Man and I might be experiencing this phenomenon soon, as his new job transitions from straight salary to more commission-based.  Commission in this economy is not to be taken for granted, so I’ve been thinking about how we can prepare for the possibility of living with less money to pay the bills than we have gotten used to.

It’s always nice to have a bit of warning for this type of thing, lol.  Sometimes that’s not possible, but when it is, it’s wise to not delay in shoring up the finances.  I’ve come up with several things that we can do NOW to get ready for when the paycheck is less than before.

Here’s what I want to start doing NOW to prepare for living with less later:

1) Make sure a minimal emergency fund is in place.  This was one of my goals for 2016, and guess what?  It’s already done. :-)  I would advise anyone facing a decreased income to not pass go or collect two hundred dollars until they have at least $1000 saved up for those unexpected appliance deaths or plumbing leaks.  On second thought, if you collect two hundred dollars you’re 20% there — so I guess you can do that. :-)

2) Have a no spend month (or two or three) to save up as much more cash as possible.  We have been doing our first no spend month ever for the duration of January and it’s been a great thing.  Not only are we not spending as much, we are also learning where our “bad spots” have been in the past.  That gives us that much more ammunition to fix those problems in the future, which will be absolutely necessary on a lower income.

Related Post: How to Survive No Spend Month to the End

3) Be diligent about meal planning.  This one is a tough one for me, y’all, because I really hate meal planning.  Maybe because I hate cooking (ya think??).  But meal planning is the KEY to keeping the food budget under control, so I need to get in the habit of it NOW.  This will keep me from buying too much in the first place and having waste, and it will be easier to resist the temptation to eat out (which is another toughie, y’all — at least for us).  To help me with this goal, next month is going to be Meal Planning Month on the blog.  Join me every Friday in February for info and tips about meal planning, including an indepth look at my favorite online meal plan service!

4) Pay down as much debt as possible.  This will reduce our minimum payments, so that we won’t technically NEED as much income to get by.  I know that a case could be made for saving that cash and stockpiling it to make up for the difference in income — but that’s only a temporary solution.  Paying down the debt (and keeping it there, of course) is a long-term better place to be.

5) Explore ways to reduce our fixed bills such as electricity, cell phones, and internet.  Of course, we can reduce the electric bill by being much more careful with our use of the heat and a/c, not leaving lights on, etc. — but I’m talking about calling the electric company and seeing if they have any special programs, or maybe even seeing if there is a different company that might give us better rates in order to get our business.  Since we have run out our contract with our cell phone provider, we are free to switch to another one if we want; so I will check into that possibility also.  As for internet, we might be stuck on that one.  We live so rurally that we can’t get most providers. #firstworldprobs

6) Replace things now that look like they might die in the near future, such as our washing machine — although this is more a wish than a reality at this point.  Unfortunately, our current budget doesn’t stretch far enough to replace all of the almost-dead appliances around here (the house is 10 years old, and things just don’t last like they used to…sigh).  As a compromise, we decided to save up the money for the washing machine but not use it until the thing is absolutely dead dead dead.  And when it’s time, we will buy a USED machine, because neither one of us can stomach paying the kind of money they expect for new these days (see previous parentheses).

7) Explore the possibility of reducing interest rates on the credit cards, either by a) calling the companies themselves, or b) playing “balance transfer roulette” (that’s an Annie and Everything term, in case you’re wondering ;-) ) by taking advantage of promotional rates given for moving money around from one card to another.  This is not a long-term solution, but for the short-term it could reduce our minimum payments.  Another thought is to close out the accounts altogether, if that’s possible without paying off the full balance, so that we CANNOT accrue any more debt on them.  Then the payments will go down every month, because the balance will, also.

I’ve never made a secret out of the fact that we are still very much in process with this monkey on our backs called finances.  We have made some serious money management mistakes over the years, and we are still making them.  And just when we think we’ve seen the light at the end of the tunnel…. BAM.  We are back to scrimping again.  But you know what?  “We’ve got a roof over our heads, and the kids have all been fed…”* and that’s a lot to be thankful for.

Perhaps you have your own ideas for living with less income — share them in the comments!

*lyrics from a song by Paul Overstreet 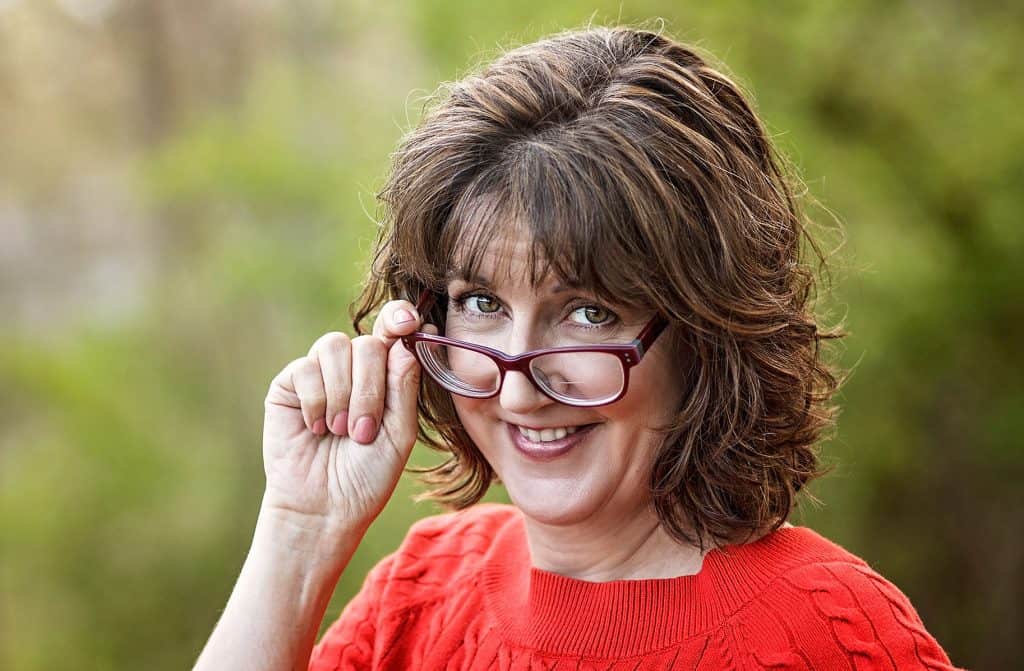 Overview: Go to a Great Homeschool Convention to find out more about homeschooling high school. There will be learning opportunities for both teens AND parents!…