I love reading about being frugal. Give me a good post about 50 ways to save money on toilet paper, and I’m all over it.  Shave Five More Cents Off Your Electricity Bill — show me the link. The High Cost of Groceries Getting You Down? — YES!  Tell me what I can do about it!  I devour this stuff like candy. Perhaps that’s why I like writing about it. :-) 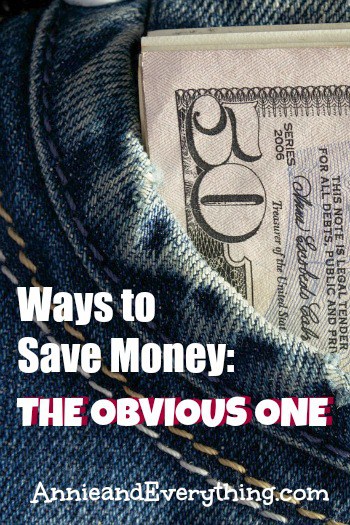 But I think there is one way to save money that people often overlook. They’re so busy finding ways to save money on their utilities or their groceries or by garage sale-ing that they forget the obvious one.

One of the best ways to save money is to just not spend it.

One of the frugality authors I have read (but it’s been awhile since I’ve seen it, so I forget which one) talked a lot about “free income.” What he/she meant was that whatever money you don’t spend is actually income, i.e. money you can do what you want with – and it’s free because you didn’t have to do any more work to get it.

That idea comes in handy A LOT. Of course, if you are saving money on utilities, then you are not spending it; and so you have free income. Same for cutting down on what you shell out for groceries – although applying this principle to the toilet paper example might become problematic…

But it’s more applicable than just those things. Let me give you an example:

A gal I knew awhile back was very excited to find a particular name brand of sandals at a garage sale, in just her size. These were a very pricey name brand that you could only find at someplace very high-end like Nordstrom – and she got them for $10. All well and good. BUT the sandals needed new soles, so she took them to a shoe shop and spent $20 to get them re-soled. So now she had actually paid $30 for this pair of sandals. Which was cheap when compared to what they would have cost new – but not cheap compared to more ordinary, less upper-crust sandals. She could have spent less money by heading to her more plebian neighborhood shoe store and buying sandals –  finding them at Target or W-mart would have been even cheaper.

Is it worth it to spend more for quality?  As in, she spent $30 for good quality sandals, which means they will last years longer than anything she could have gotten cheaper?  I think this applies sometimes, but not as often as we rationalize.  Sandals, for instance, follow style trends.  You may not WANT to wear those sandals in a couple of years because they are so out of fashion.  Then you have this beautiful pair of sandals just sitting in your closet and have to buy new ones anyway — so why not buy cheaper ones in the first place which you won’t feel bad replacing in a year or two?

For many other things, the “better quality” argument doesn’t hold water.  Another example: several years ago my husband wanted to buy a $250 commercial weed-whacker.  He rationalized that the weeds around our very rural acreage are tougher to whack and so he needed a rugged whacker.  (“The weed-hacker, Vern! The weed-hacker!” — Hammy in Over the Hedge) I wanted to buy a $25 weed whacker at W-mart.  I won the contest when I reminded him that we could go through TEN of the $25 trimmers before we spent as much money as the rugged one.  We bought the one for $25, and guess what — it lasted two full summers.  I don’t think ANY commercial weed-whacker is going to last the 20 years it would have needed to make that expenditure worthwhile.

Back to the sandals — then there’s the question of if she even needed them at all. I mean, I don’t know about you, but I am so often tempted, at garage sales in particular, to buy what I don’t need, just because it’s so cheap. The next thing I know I’ve spent $20 on things I could really have done without. Now who’s saving money? Not me. I actually don’t do much garage sale-ing anymore, for that very reason.

This applies in the store, too. JUST BECAUSE IT’S ON SALE DOES NOT MEAN YOU SHOULD BUY IT. Do you NEED it??? If you truly need it and the price is good, then by all means, get it. If you are just buying it because the price is good and you might need it someday or it might be helpful to have on hand, then you are violating the principle I am writing about.

Stores try to make us believe we’re doing a good thing. Kohl’s is an example of this. You know how they put “You saved $XXX” on the receipt?? And it’s always some astronomical number. I personally have often wondered if Kohl’s inflates their prices to start with, just so that when they show you what they’re selling the item for, it seems like a good deal. And then that impossible number at the bottom of the receipt makes you feel good… But the truth is, even if you’ve bought it on clearance with your 30% coupon on top of that, you haven’t SAVED as much as they claim.  You’ve SPENT.

Just say no. That’s what I’m talking about. Have a plan for your spending, and if the item in question isn’t on it, then don’t buy it. So what if you can get that wondermous thingamabob for $3 when it’s normally $30?? If you buy something you don’t need or haven’t planned for, that’s $3 you’re SPENDING, not $27 you’re saving. At the end of the day, you will have $3 less in your wallet – NOT $27 more.

This can be hard to do, especially when there is a little bit of leeway in your budget. You start to think about how you can move money around so that you can purchase the fantabulous watchamacallit for the great price. Don’t do it. Give every dollar a place to be ahead of time (even if it’s just “saving this for the next big purchase and don’t want to fritter it away now”) and don’t allow yourself to do anything else with it.

This is truly one of the best ways to save money. And it requires very little thought. You don’t have to weigh pros and cons or do any number crunching. You just sock it away and don’t use it. Done. End of story.

I’m as guilty as the next person on this one, y’all.  Half the posts I write on this blog are aimed at me.  I write them because it helps keep me accountable in this lovely area of life called finances.  I’m glad you’re here to keep me company! :-)

If you’d like to read more of my posts about making frugality easy, please consider joining my subscriber list by putting your email in below!  You’ll get each new post in your inbox as soon as it’s published! Woot! 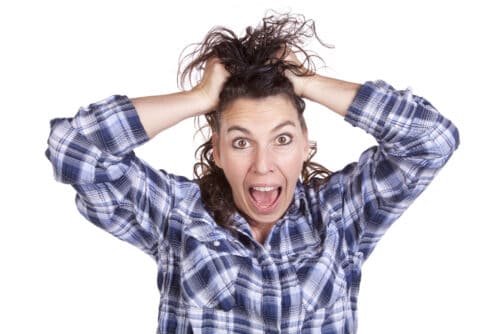 Everyone feels like a failure as a homeschool mom at one time or another. In this episode, I take a new look at failure, so… 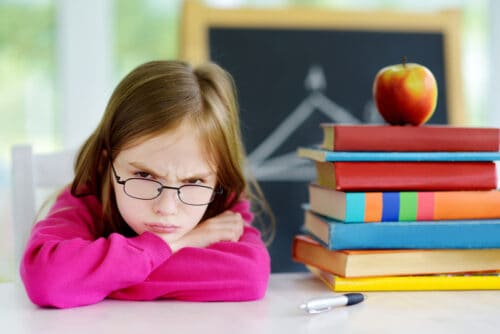 Contributing writer Lynna Sutherland of Your Large Family Homeschool brings great insight to the problem of when your homeschooled kid gets stuck. Whether it’s math… 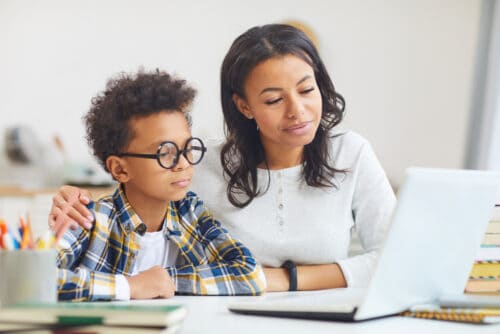 Guest writer Amy Saunders of Orison Orchards answers the age-old question of whether homeschooling is harder than public schooling. She makes some great points you…

8 thoughts on “Ways to Save Money: The Obvious One”