Overview: You can count ACT and SAT practice as an elective for your teen. It’s worth doing, since scholarships are often based on scores from these tests.

When I was in high school, lo those MANY years ago, nobody that I knew of prepared ahead of time for college entrance exams such as the SAT and ACT. We all just showed up, took the test as best we could, and awaited the results. Standardized tests were more an indication of what you already knew, and how you processed information and solved problems, than a gauge of how much experience you had with types of test questions and certain essay formats.

Well, the times, they are a-changin’… actually they already have. These days most students are doing some form of ACT or SAT practice as one of the aspects of preparing for college. There are test prep courses at the public schools, test prep tutors, and umpteen books written to help your child become familiar with the tests and learn the best tricks for taking them.

With my eldest I practiced the “it’s not necessary to prepare” approach. We signed her up for both the SAT and the ACT, she took them, and the results came back. (For more information on why we took both tests, see my College Entrance Exams Q & A). She took the SAT twice, but inbetween times there was no studying for it – and her second score was very similar to her first. She did not want to take the ACT twice, and in my ignorance I conceded to her request. Then she applied to colleges, and we discovered that just a point or two better score on her ACT would have made a significant difference in her merit scholarship – and I kicked myself for not trying harder.

So #2 did not get a choice about whether to take the tests again – she took them both twice. I included structured test preparation into her homeschool lesson plans. And she scored four points higher on the ACT the second time around – and earned a merit scholarship that she probably would not have received with her first score. Lesson learned. Preparation HELPS.

With #3 & #4 the preparation plan reached its final and best configuration. Again, they had no choice but to take both tests twice, although it seems that the ACT is what they use most for the colleges that my kids have applied to. Even though #3 received a very good score the first time around, the continued work in test preparation caused her to improve it by two points the second time – and again, a nice merit scholarship was the result. #4 also improved from one time to the next; so again, multiple sessions is a good idea.

(Note: In the interests of full disclosure, the last kid hasn’t done any of this yet; instead we signed her up for an ACT prep course at our new co-op. I’ll let you know if we learn any new ideas there.)

Here’s our plan for giving our kids ACT and SAT practice:

1) Learn how to write an essay in the format desired by the exam scorers. This means the standard five-paragraph essay with introduction, conclusion, and three supporting points. This means including transition words and specific examples and/or data (even if it is made up, lol). In the fall semester of junior year my kids take Brave Writer’s Help for High School course to learn how to write essays. The course is not specifically geared towards the college entrance tests, but it is engaging and thorough in teaching them to write colorfully and with purpose. Towards the end of the semester I have them do several practice essays with actual SAT/ACT prompts. About a week before each exam (once each in spring of junior year and fall of senior year), I have them relearn their writing skills by doing a couple more essays.

2) In the fall or spring of junior year, the student has a semester-long course entitled ACT/SAT Prep, which I have developed.  It’s not difficult to do this for yourself; it’s just a matter of picking some test prep books and assigning lessons from them. We used these:

1) The ACT for Dummies

2) Up Your Score: The Underground Guide to the SAT

3) 12 Practice Tests for the SAT
**I HIGHLY recommend a book like this one. Taking practice tests is a great way to build confidence, so that nervousness on test day is not a big issue.

Books like these will give the student tips on how to take the test and what types of test questions to expect. They will also review all the necessary math concepts and provide examples of test questions. In addition, they will give further instruction on the writing process.  There is also usually at least one full-length sample test that the student can take and score for themselves. The key here is just to become familiar with the tests so that there is no panic on test day.

Toward the end of the semester I had my kids take a sample test every other day or so. This seemed to help the most, since as homeschoolers my kids were not familiar with the test environment or standardized tests at all. Helping them be familiar with the tests meant that they felt more relaxed approaching the actual test session.

3) We signed up for the question of the day at https://sat.collegeboard.org/practice and http://www.actstudent.org/testprep/. There are other resources on each of those pages, such as sample questions, a full-length practice test, and video tutorials.

Sometimes as homeschoolers we get caught up in the idea that the way we were schooled is good enough for our kids.  Much of the time that is true, but in some areas we need to be willing to adapt to the times.  I think formal planning of ACT and SAT practice is one of those.

Shared on Hip Homeschool Hop — and FEATURED the following week! :-) 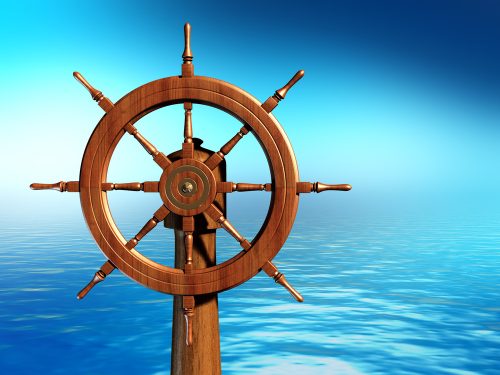 Overview: Voyage is a life skills curriculum for teens that will teach them all the things they refuse to hear from you in a fun…

Overview: Dual enrollment for homeschoolers is a popular option, but is it right for YOUR teen and YOUR family? Here are some things to consider.…

Overview: Get the plan for preparing for college so you don’t miss anything and can be confident your homeschooled teen will succeed there. Preparing for…