“Well, just enjoy knowing everything now, because pretty soon you’ll realize you’re just as stupid as we are!!” said one father to his teenager.

(No, this didn’t actually originally happen in our family; it was a friend of ours who said it to his daughter — but I may or may not have borrowed it a time or two, lol.)

Wow, teenagers can definitely often give off the impression that they think they know just about all there is to know, don’t they? And we parents are so NOT worth listening to much of the time.

And TBBH (to be brutally honest), even though I’ve dealt with five teenagers (my third just turned twenty, so there are two left currently in the midst of all of this), I still am aware that there is a lot I don’t know about this issue.

In fact, if your teenager is a particularly difficult case, with extreme rebelliousness and/or frightening, harmful behavior patterns, then this post may not be for you. Your issues may be more serious than I can speak to. I will not be offended if you think what I say is too shallow or naive; in your case, that is probably true. But I suggest giving it a quick read, anyway, to see if there just might be a nugget you can use or some encouragement that will lift your heart for at least today.

I certainly don’t consider myself the expert parent, y’all. (Personally, I don’t see how anyone can seriously claim to be one, since kids are all SO different. Just sayin’…)

But based on my experience, let me throw out a few thoughts about how to deal with teenagers for your consideration:

First, it is important to remember WHY they are acting this way.

Because when we remember to see things from their perspective, it can help us deal with their arrogance in a more understanding way. Their behavior stems from probably a crazy mixture of multiple reasons:

Another thing to keep in mind is that this is most likely just a phase.

I know that sounds simplistic, but I think a good majority of teens do grow out of this. Sometimes it takes longer, sometimes shorter — it obviously dependes on the individual kid and LOTSA other factors.

One of my favorite people, an older gentleman whom we have “adopted” as another grandparent, says that one of his adult daughters learns things the easy way, and the other learns them the hard way. As in, one avoids certain things and therefore saves herself a lot of difficulty; while the other tends to act first, and then by going THROUGH the difficulty, she learns the lesson to avoid that thing from then on. Many kids can still be like this after leaving home. Sometimes that’s just the way it is.

But if we don’t give up on them (read Teaching Diligence to My Teen is a Hill I am Willing to Die On for more about not giving up), I think we can help reduce the arrogance factor quite a bit before they have to face the world on their own and have it reduced for them by forces that might not be as nice as we are.

Related: Episode 70 – When Your Teen Disagrees with You

So how do we deal with this brash, over-confident, often disrespectful behavior that is driving us UP THE WALL??

With lots of love and patience.

I know this seems counterintuitive, especially when you want to wring their neck, lol — but during the teen years love and patience are the key to just about everything.

HUGS. LOTSA HUGS. Warm eyes and smiles in their direction. Candy dropped on their desk at odd moments. Touches on the shoulder as you pass by. LISTENING to them when they want to talk. (Translated: make the choice to LOOK AWAY from the computer/phone screen.) LOVE. Just love, unconditional and VERY generously given.

Also, keep thinking about all those “reasons why” that we’ve already discussed, and don’t expect them to change overnight. As with most things valuable, it might take awhile — as in YEARS. Keep trying, keep working with them, keep showing them lotsa love even when you want to ream them up one side and down the other.

Oh yes, and show them respect. This is HUGE.

YES, I get that they are being rude and obnoxious to everyone around them, especially to their parents. I get that they probably don’t deserve respectful treatment from us. But as we treat THEM with respect despite their behavior, they will see that they can do that towards others, as well.

Be aware that I am NOT saying to refrain from giving them consequences for their actions and attitudes. What I am saying is even then we should strive to do it in a respectful way.

I will be painfully honest here. The truth is that I have been charaterized by getting loud. Um, VERY loud. But you know what? “The wrath of man does not achieve the righteousness of God” (James 1:20). Every time I lose my temper and yell, I am most likely NOT achieving righteousness in my child’s life. I have forfeited an opportunity for growth. It literally is wasted words.

What is a thousand times better is to maintain an even keel and speak quietly and without disparaging words or tone. Without assumptions about their motivation. Just the facts, ma’am, nothing but the facts.

For me this is ridiculously difficult. But every time I have had self-control and treated my teens respectfully — in spite of their absolutely blatant obnoxiousness — good things have resulted. At the very least, bad things have been avoided. LOL.

In fact, your humility and transparency can be the start of the turnaround. Admit you don’t have it all together! Admit you can be a stupid idiot sometimes, even towards them! Tell them you are sorry, ask their forgiveness, be specific about how you have handled things badly. This is a heart softener, y’all!! I can’t stress this enough!! I’ve written more about it in Parenting: Two Thing that should NEVER CHANGE as Your Family Grows. So yea.

Here’s one specific thing I have done with each of my teens, and I believe it has helped them understand exactly what is going on — and what they need to figure out — during this phase. It’s a conversation that I make a point of having early on, and repeat as necessary (lol):

I have told them, “OK, here’s the deal. I realize that you are becoming aware at this point that your dad and I are not infallible. You used to think we were always right, and now you know for a fact that we are not. We have faults — big ones. We don’t know everything. We do the wrong thing. We make the wrong decisions. We get angry for the wrong reasons. We are, in short, sinners.

This is not going to be easy; I totally get that — but it is going to be better for you in the long run. Because the fact is that you don’t know everything, either. And we still have been on this earth a lot longer than you have. So listen to us when we speak, and feel free to dialogue about something you don’t agree with or don’t understand. But do it RESPECTFULLY. That’s the way to show us that you are indeed growing up and worthy of all of those privileges and rights you think you should have.”

There is something about meeting a teen on their level, of understanding their insides and not being critical of them, that helps them see that they don’t have to know everything, either. They can be wrong, and that’s OK. If they know you will treat them with care and understanding, not condemnation — because you are honest about your own failings — the arrogance can begin to melt away.

Is any of this easy? Not usually. For some of my teens it was easier, for some it still continues to be difficult. And I don’t always come across as the adult, lol. It’s all a work in progress, for them AND for us. Be patient with the process in BOTH of you.

Related: Episode 88 – Why and How to Apply Structure and Rules with Teens

Speaking of great parenting lines I have borrowed, here’s another one, said by a mom to her four boys who were all born before she turned 23 and who now have multiple grandchildren of their own, making her a great-grand many times over: “Listen, I brought you into this world, and I can also take you out of it!!”

(I never said it seriously, of course. But it does give one a certain vicarious pleasure, doesn’t it?? LOL.)

P.S. Here is my favorite book about parenting teens from a Christian perspective (referral link): Age of Opportunity, by Paul David Tripp. 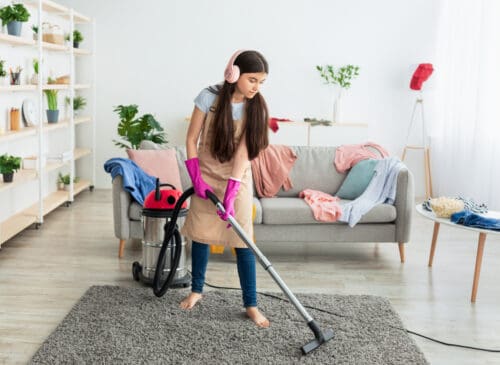 Consideration for others ought to be a no-brainer as something to teach kids, but in this day and age, it seems not to be. Our… 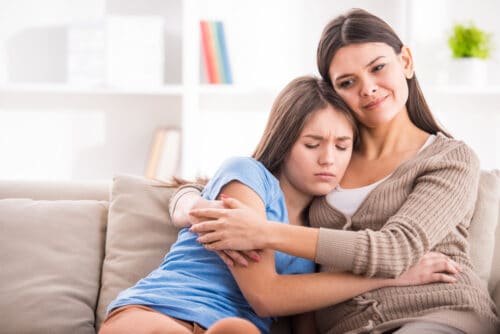 Grace is one of those things we all love to get but is often hard to give — especially to our teens. We know it’s… 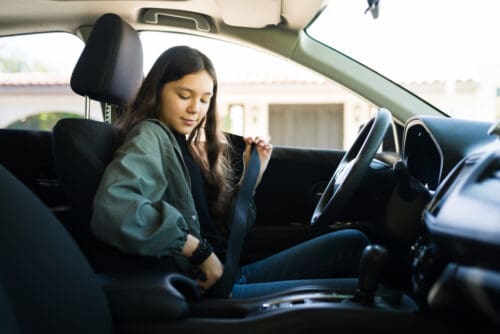 Overview: Structure and rules for teens should not be given up completely. Learn how to apply them in order to develop responsibility and security in…

27 thoughts on “How to Deal with Teenagers: Arrogance and Disrespect”